After several months of speculation and abundant criticism, the current proposal of Trump Tax Reform has finally been released. While specific details have yet to be provided in certain areas, we now have a fairly good idea of the general framework proposed by Congress. Below is a brief outline of what we know thus far. 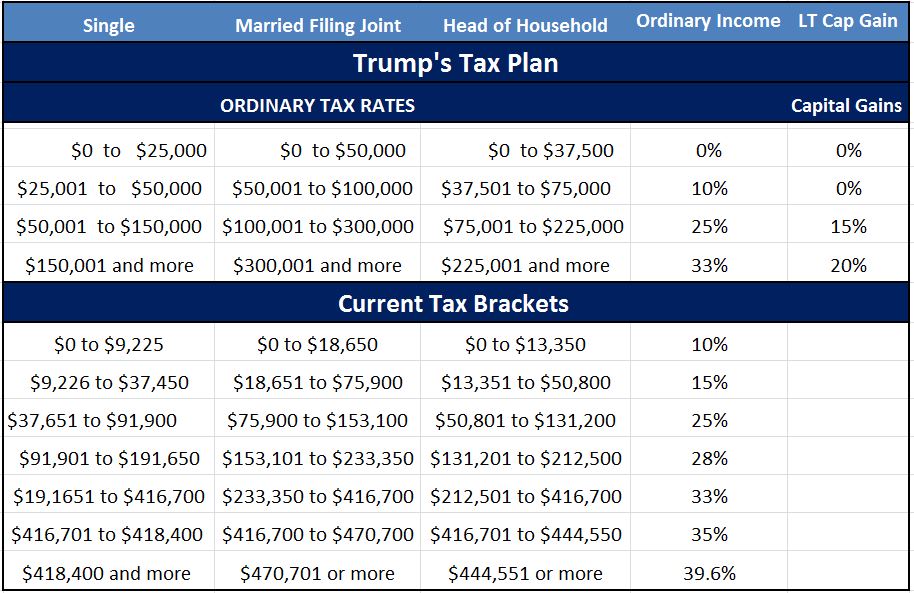 Most deductions will be eliminated except for mortgage interest and charitable contributions. Most notably, medical costs, income taxes, real estate taxes and other taxes and fees may no longer be deductible on Schedule A.As you will see, while the rates may drop for certain groups, taxpayers will likely reach the maximum rates much more quickly under the proposed structure.

In summary, these tweaks (not Tweets) in the tax package are far from being an “overhaul” but would bring the United States more in line with the worldwide business tax rates (world average about 25%) and also provides a degree of simplification and relief for low- and middle-income taxpayers.  Let the debates begin.

To learn more about how the proposed reform will impact you or your business, please contact us at marketing@hcvt.com or your HCVT tax advisor.

Founded in 1991, HCVT is one of the fastest-growing CPA firms in the nation. The firm provides provide tax, accounting, business management and mergers & acquisition services to private companies, closely-held businesses, public companies and high net worth individuals and family offices. The firm’s over 500 members, including over 100 partners and principals, work from eight offices in Southern California with additional offices in Walnut Creek, California, Fort Worth, Texas and Park City, Utah. Learn more at www.hcvt.com.

Blake brings over 35 years of experience providing tax consulting and compliance services to clients that include multinational, publicly traded corporations, as well as closely held owner-managed businesses. His industry experience is broad and includes manufacturing and distribution, service companies, restaurant, shipping and transportation, energy and healthcare. In addition to corporate, partnership and individual tax compliance and planning, Blake specializes in federal, state and local tax incentive, tax credits, grants and other benefits associated with hiring and investing. Contact Blake at blakec@hcvt.com.